I am so excited to be a part of Kelly Elliott's blog tour for Broken. Today we are excited to be hosting an interview with Kelly as well as info about the book and they've got a great giveaway going on as a part of the tour as well. Enjoy!

Stephanie: When you sit down to write a book, do you already know everything about your characters (names, when they were born, what their childhood was like, etc) or does that develop as you're writing?
Kelly: I pretty much know the background main characters but sometimes it changes, but not much.
Stephanie: When you get a character in your head, do they have a name, or do you find one that fits your idea of the character?
Kelly: The name usually comes right after. I've had a few character's names first before I started writing the book. For example, Layton and Whitley I had before I even started writing their story. Same with Reed and Courtney.
Stephanie: When you create a playlist for the books you write, do you write the scenes to fit the songs or do you find the songs after the fact?
Kelly: When I first create the playlist and add songs to it, I add songs that remind me of scenes I have planned for the book or I will add it if it reminds me of the characters. Sometimes I'll be listening to a song as I'm writing and it will actually inspire a scene and I just go with it.
Stephanie: Do you have a favorite out of the characters you've written?
Kelly: Not really. Each character has a special place in my heart. I've probably fallen in 'love' with one or two a bit more. Josh and Heather was my favorite story until I wrote Broken. Now I'm writing Broken Dreams and Reed is my favorite. Gunner and Ellie will always be number one for me though since it was their story that started it all.
Stephanie: What is the weirdest thing you've had happen to you or had a reader say to you regarding any of your books?
Kelly: LOL! I've had a few "oh wow they didn't just tell me that!" moments but I'd never say what they were. I've mostly had amazing moments though. When someone writes and tells me that they tested their child for Fragile X and it came back positive and now they know where to begin to help their child....that's probably one of the best 'weirdest' moments. Knowing something I wrote helped someone in such a profound way.....that's pretty weird.
(Savvy note: For more information about Fragile X Click Here)
Stephanie: Where did the inspiration for the story of Broken come from?
Kelly: Actually, my husband gave me the idea for Broken. The beginning of Layton's story is very personal to me because I wrote it very loosely based off of my husband. Whitley's story started off in a totally different direction and I had to change it. The inspiration for her story came from a few different places.
Stephanie: What made you choose to write Whitley as someone who was in an abusive relationship?
Kelly: I ended up deciding to go with Whitley being in an abusive relationship for a few different reasons, the main reason I'd like to keep personal, but it was inspired in a way by someone very close to me.
Stephanie: How did you feel when you heard that BROKEN made the New York Times' Best Seller List?
Kelly: Like I was dreaming. It was probably one of the most amazing moments of my life besides marrying my husband and the birth of my child. It was very surreal at first. I had to read the email three times before it soaked in.
Stephanie: What can you tell us about BROKEN DREAMS?
Kelly: It's a story about two people who fear falling in love and for two totally different reasons. One fears she will end up hurt and the other fears he will end up hurting her. It's been just as emotional, if not more emotional, for me to write than Broken was. I LOVE Reed and Courtney though and I love where their story is going. 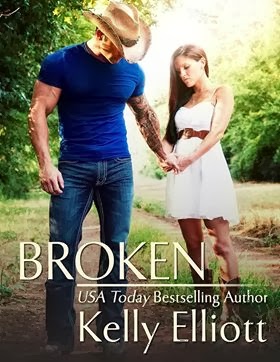 Layton Morris and his brother Mike grew up not knowing what it would be like to live in
a normal home. With no running water or electricity in their home, no parents around
to protect them, they quickly learned how to survive and depend only on each other.
When a tragic accident takes Mike away from Layton, and the only other person that he
ever let into his heart walked away from him, leaving his heart shattered, Layton focuses
all of his time and energy into the ranch he and his brother dreamed of. He makes a vow
to himself to never let love in again. The last thing Layton needed or wanted was more
heartache.
Whitley Reynolds grew up in a privileged home in upstate New York. When she landed
the star football player in high school no one was surprised, not even Whitley. She
dreamed of a life with Roger living in New York City and happily followed him there.
The first time Roger hit her for arguing with him about a dinner party, she forgave him.
The more it happened, the further Whitley withdrew from her friends and family. One
fateful day things go to far. Whitley makes a promise to herself and finds the courage to
do the one thing she thought she’d never be able to do.
Fleeing with her best friend Courtney, Whitley was determined to put her past behind
her and start a new life in the small town of Llano, Texas, where no one would ever find
out about her past.
Will they both ever learn to trust and love again, or will their pasts come back to haunt
them, keeping them both alone and…
Broken. 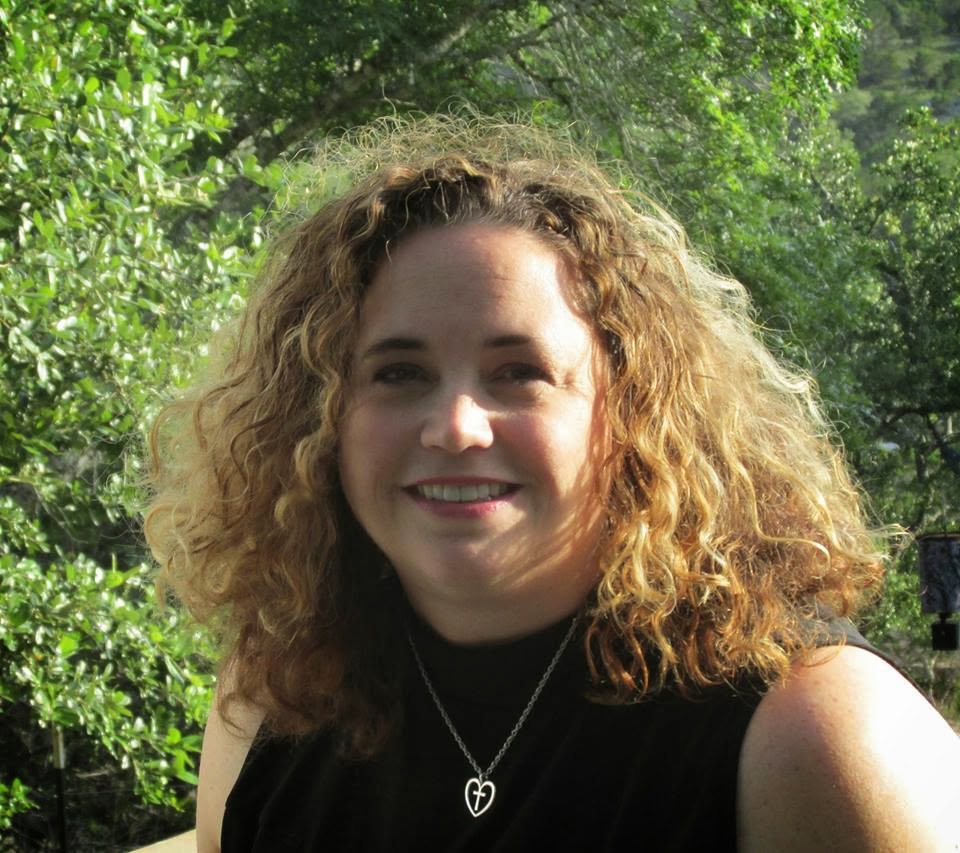 Really I'm just a wife to a wonderful Texas cowboy who has a nack for making me laugh almost daily and supports my crazy ideas and dreams for some unknown reason...he claims it's because he loves me.....so I'll just go with that one!

I'm also a mom to an amazing daughter who constantly is asking me to make her something to eat while she has her fingers moving like mad on her cell phone sending out what I'm sure is another very important text message!

Oh...and I like to sit down and write in my spare time!

I live in the Texas hill country and one of my favorite things to do is go for hikes around our property with my second favorite man, Gus....my chocolate lab and my sweet girl Rose, our golden retriever. When I'm not outside helping the hubby haul brush or move rocks or whatever fun chore he has in store for me that day, you will find me inside reading, writing or watching HGTV and soaking in a nice hot bubble bath.....yeah that last one I just made up but it sure does sound nice!!!