Hi! Thanks for stopping by and joining in the celebration!

On the third & fourth days of Christmas, Stephanie gave to me...
Featured Authors: C.J. Carmichael & Lilian Darcy
Featured Book: Outside The Lines by Kimberly Kincaid
Giveways: E-books by C.J., Lilian and Kimberly

C.J.: Oh, it must be fresh. I don't understand why people bother with a fake one. I mean who needs to bring a bunch of plastic into the house? (You can see I have strong feelings on this subject!)

Stephanie: Do you read outside the genre that you write? If so, what genres?

C.J.: I read a lot of what you might call "Book Club Books." I do belong to a book club as I find it's a great evening out with like-minded friends as well as an opportunity to expand my reading horizons. One book I really enjoyed this fall was The Silent Wife by A.S.A. Harrison.

Stephanie: Are you from a reading family?

C.J.: My mom loved to read, but I was famous among relatives for always bringing a book along when the family was invited out to dinner.

Stephanie: What do you prefer e-book, paperback or hardcover?

C.J.: I love to read trade paperbacks. The print is easy on the eyes, and the books aren't too heavy. When I'm traveling, I can't beat the convenience of using my e-reader. I will also buy hardcover books on my e-reader because I really do find them too heavy and awkward.

Stephanie: What's your favorite place and or time to read ?

C.J.: I absolutely love it when I can devote an entire day to relaxing on the deck at our cabin in Montana, and sinking into a good book. That's the best!

C.J.'s All Time Favorites!
Song: Listening to Watching the River Run by Loggins & Messina always makes me happy.
Book: To Kill a Mockingbird had such a profound influence on me. Crooked Letter, Crooked Letter by tom Franklin is one of the most perfectly crafted books I've ever read. (You didn't really think you could hold me to 1 book?) <~~~~ It is hard to pick one. ;) -Stephanie
Movie: Love, Actually
Television Show: Gilmore Girls
Color: Blue 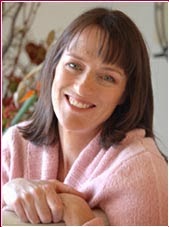 Stephanie: Fresh or fake Christmas tree?
Lilian: Fresh tree! We love the smell too much to switch to a fake tree.
Stephanie: I personally have on my wish list to visit New York and London during the holidays to see each city lit up and decorated. Do you have any place you'd like to see during the holidays?
Lilian: I’d love to do something really extreme like staying in one of those ice hotels in Finland or Canada. I would also be wonderful to go to a really traditional European city like Prague or Budapest.
Stephanie: Would you rather have a winter Christmas or summer Christmas ?
Lilian: I grew up with a summer Christmas, then experienced eight winter ones when we lived in the US. I love the fact that all the Christmas traditions actually make sense when it’s winter – the lights, the rich wintry food. On the other hand, I also love that we doggedly carry on the traditions even when they don’t make sense. The thing I love most about a summer Christmas is that it’s associated with that wonderful feeling of lazy summer days ahead.
Stephanie: Do you read outside the genre that you write? If so, what genres?
Lilian: I’ll read pretty much anything if it keeps me turning the pages. I love reading chick lit and women’s fiction more than straight romance.
Stephanie: Are you from a reading family?
Lilian: Definitely! I’ve also created a reading family in my kids, especially my eldest and my daughter.
Stephanie: What do you prefer e-book, paperback or hardcover?


Lilian: Have to say, I still gravitate most toward paperback, even though I love the convenience and instant gratification of e-books.

Stephanie: What's your favorite place and or time to read ?

Lilian: Anywhere, anytime, but especially when it’s quiet and I have good food and a glass of wine on hand.

Note from Lilian: There really can’t be just one favorite for any of these categories, but here are the ones that jumped into my head.

C.J. & Lilian are both authors of several books, including Marry Me, Cowboy (Lilian) and Promise Me, Cowboy (C.J.) which are part of Montana Born Books' Copper Mountain Rodeo series.

Champion barrel-racer Tegan Ash has nothing left to go home to in her native Australia and every reason to stay in the USA. But her visa is about to expire, and her prospective groom has called off their green-card wedding. Jamie MacCreadie doesn’t actually want to marry a woman he can’t stand, but his best friend and fellow rodeo rider Chet has just let her down and, somehow, he finds himself offering to do the deed instead. There’s no chance it could turn into the real thing, because they have nothing in common… do they?

Sage Carrigan never meant to be the other woman. Unfortunately, bronco rider Dawson O’Dell neglected to mention he was married the night he invited her to his bed after they’d both placed first in their rodeo events. When his wife walked in on them – Sage was deeply hurt and humiliated. After an accident in the ring the next day, Sage decides she’s quitting the rodeo–and cowboys—to become a chocolatier in her hometown ranching community, Marietta, Montana. She’s doing just fine, but then Dawson shows up —five years later, with a little girl in tow. He’s here for the Copper Mountain Rodeo hoping to win big. But he’s also got plans of settling down with his daughter and buying a house—the very same one that Sage has been dreaming about. He says he’s here for her and he’s making lots of promises. But can he keep them?

Today we are featuring Outside The Lines by Kimberly Kincaid, book 1 in The Line Trilogy. This is a great series of novellas featuring detective heroes and heroine chefs!
As an ivy-league ER doctor who eats double shifts for breakfast (and lunch…and dinner), Blake Fisher has little appetite for anything other than work. Being on the staff at Brenstville Hospital means taking care of people, a need Blake understands all too well from losing his brother to cystic fibrosis eight years ago. When he´s asked to coordinate a carnival fundraiser for the cause, he jumps at the chance to help others with the disease…until it lands him side by side with the one woman he never thought he´d see again: his ex-fiancée.
Streetwise and rough around the edges, Jules Shaw is no stranger to earning a living through hard work. But when her job as the restaurant manager of Mac´s Diner puts her shoulder to really broad shoulder with Blake Fisher, she nearly balks. She´d rather dodge and deflect than admit the real reason she broke things off, but the catering contract for the carnival means big business for Mac´s, and feeding people is Jules´s lifeblood.
As Blake and Jules join reluctant forces, they quickly rediscover the spark between them. But the possibility of a future together hinges on coming clean about the past, with potentially devastating consequences. Can Blake and Jules overcome their drastically different backgrounds and learn to love again, or will they always be outside the lines?

There will be three lucky winners for Days 3 & 4!
Giveaway #1 - E-book of Marry Me, Cowboy by Lilian Darcy

The legend of Santa Claus can be traced back hundreds of years to a monk named St. Nicholas. It is believed that Nicholas was born sometime around 280 A.D. in Patara, near Myra in modern-day Turkey. Much admired for his piety and kindness, St. Nicholas became the subject of many legends. It is said that he gave away all of his inherited wealth and traveled the countryside helping the poor and sick. One of the best known of the St. Nicholas stories is that he saved three poor sisters from being sold into slavery or prostitution by their father by providing them with a dowry so that they could be married. Over the course of many years, Nicholas's popularity spread and he became known as the protector of children and sailors. His feast day is celebrated on the anniversary of his death, December 6. This was traditionally considered a lucky day to make large purchases or to get married. By the Renaissance, St. Nicholas was the most popular saint in Europe. Even after the Protestant Reformation, when the veneration of saints began to be discouraged, St. Nicholas maintained a positive reputation, especially in Holland.

Do you have any favorite Santa memories or stories?

Be sure to check out all 12 Smart & Savvy Days of Christmas for more great author & book features and giveaways! ﻿